The Law of Evolutionary Potential is a theory that most serious anthropologists consider to be defunct, unscientific, and inaccurate. Yet, time and again, this Law seems to explain anomalies about how science and technology fit with development. 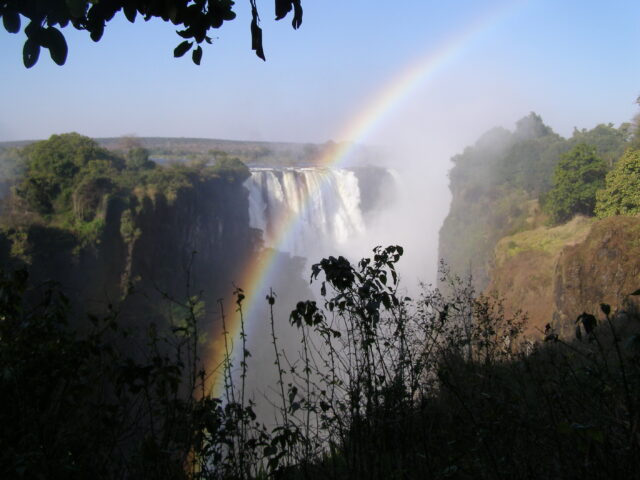 According to the late anthropologist Leslie White, the originator of this theory, societies that are considered less developed on the evolutionary ladder have the greatest potential to adapt successfully when new technologies are introduced. Of course, Wright was wrong to think of evolution as a unilinear, upward process. Nor is there some abstract law that decides the direction of development. It takes real people, smart politicians, and innovation to make progress towards sustainable development work.

However, when those things are in place, poor countries that seemed destined to remain decades behind race towards solar and other sustainable energy; they suddenly look like they might become front-runners. When you start from a clean slate, why shouldn’t all countries leap frog into the future?

An interesting example is the Grameen Telecom Village Phone initiative that has helped village women in Bangladesh use mobile technology. Women’s groups used microcredit from the Grameen Bank to buy digital GSM cellular phones, then sold the phone calls and services to others without having to leave their homes. Many have even begun to use solar charging stations. Thanks to cellular technology, Bangladesh’s maternal and child health mobile registration system can boast some of the world’s most comprehensive coverage.

The leapfrogging isn’t necessarily limited to science and technology. Social development can also be adapted on a wider scale with a speed unknown in industrialized countries. There are emerging democracies that have moved from bottom to near the top on the gender scale of indicators, despite relatively low per capita incomes and other political and economic challenges. For example, the South African constitution requires gender equity in political representation, a provision that is the envy of women in many European countries. The South African government is also a world leader in public health legislation. While some countries retreated from bans on tobacco advertisements, South Africa already has such laws in place.

Viewing the world from the bottom rung of the evolutionary ladder may not be such a disadvantage after all. The trick seems to be making sure you study the mistakes of those who have gone before you. It takes financing research, strong support for education, and leaders willing to make the big leap forward. It would be romantic to believe that all poor countries might appear like Venus, full-grown as an energy superpower from the south. However, technological development starting from scratch can have its advantages because you don’t have to disassemble old institutions or hardware. Poor countries, especially those with smart political leadership, may just show the world a few new tricks, and in one form or another, the Law of Evolutionary Potential is alive and well.