Feminists often respond to political events as emergencies, not unlike firefighters rushing to the rescue. Calls for help on urgent matters such as dowry deaths and climate change light up the NGOs’ switchboards. The responses are swift and often effective, yet there remains a backlog of issues. Ethics and spirituality are among the most serious that have been put aside. Many feminists would agree that these intangibles are the essential elements of raising awareness and personal commitment, but few feminists volunteer to give these topics the attention that they deserve. If you asked an average French feminist for her thoughts about religion and women’s futures, she is likely to respond, “What does faith got to do with it?” 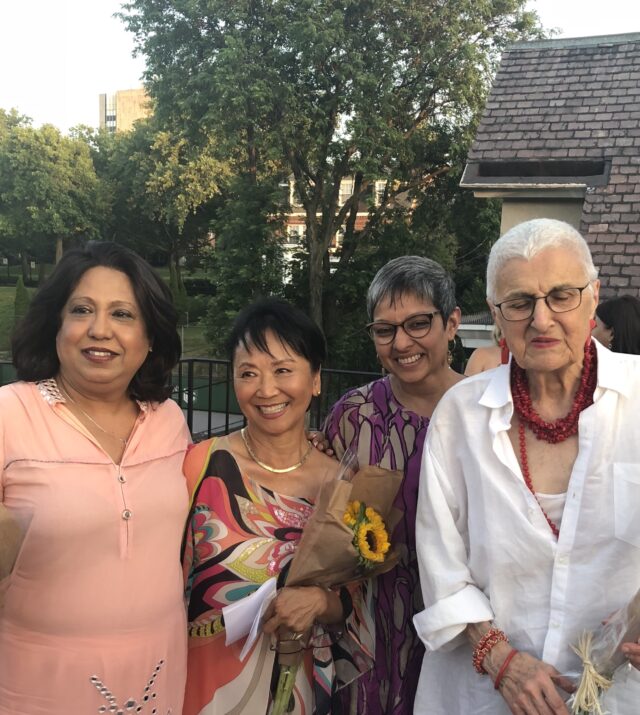 The answer might be different if we asked women from Brazil or Argentina. The secular branch of the Latin American women’s movement has been forced to admit that religion has a lot to do with feminist politics. Women in fundamentalist movements have steadily grown in influence, fanning fiery international controversies in the process such as those surrounding early menstrual regulation. Many Roman Catholic women, even some Protestant and Muslim women, have supported legislation to imprison women who have had abortions. This broad coalition rally under the banner of “family values” that upholds traditional gender roles. Ultimately, fundamentalism tests a woman’s willingness to be obedient without question to husbands, fathers, or religious authority figures.

This is no trivial power play. I am concerned that such values are gaining a large following partly because they fill a personal void. Our quarrel with institutional religions has been so entangled in opposition politics that we may have neglected our own spiritual challenge.

A small group of women has veered from this secular trend. For example, women in Pakistan and Tunisia are reinterpreting Islamic doctrine to uphold women’s rights. Buddhist women have worked in the women’s movement for years. Within the Catholic Church, dissidents advocating for reproductive rights have rebelled against papal authority on other issues, like women in the clergy. These dedicated women have been active in the international movement, but their religiosity has not always been welcomed into the secular mainstream.

Years ago, at a meeting on the Earth Charter in Boston, I saw a glimmer of hope. The participants at the Boston Research Center meeting called “Women and the Earth Charter” came from both religious and secular women’s groups. These groups exchanged views on a wide range of questions as broad as “Why do we live?” to “How do we relate to nature?” and “Where does a women’s perspective fit in?”

“In the Philippine tradition, we have a saying,” said former director of the Earth Council and the founder of the Earth Charter initiative Maximo Kalaw said. “In each and every person, there is a ‘looh’, an inner self where the heavens and the earth come together. This is the only space where one can speak a truth for all.”

The group delved into topics that were not often discussed at feminist meetings, such as inner and outer harmony, spiritual balance, and ethics. We defined religion in our own terms—not as patriarchal institution, but as beliefs and values.

If spirituality is measured by the strength of one’s faith in life’s creation, then I believe that the international women’s movement is the one of the most spiritual experience of the century. Either that, or we are all unhinged. The facts suggest that women have little cause to hope. Nevertheless, whether we are atheists or God-lovers, we ultimately believe that good triumphs over evil.

Faith has everything to do with feminism. It is only a matter of correctly defining our terms. We should bypass the traditional notion of institutional religion and focus more on the inner life. Women have nurtured and empowered a spirit that affirms an irrational faith in the goodness of humanity. In a world that is quickly losing hope, that could make all the difference.