No one laughs when the economic man comes on stage. He plays his part seriously and well. He’s an old timer in the drama of development conferences. Few delegations bother questioning why he was chosen to play the lead role. His portrayal of human character is familiar and appears to be at the liking of most people in the audience.

The role requires him to bring to life the average underdog of development: the peasants, the unemployed, and the landless. These characters are all male of course. He plays other parts equally well. The economic man can be heroic as he swiftly and inexorably moves to reach every national target on time in response to the proper market incentives. The problem is that this rational, predictable character doesn’t resemble anyone we know.

Above all, the basic market-driven economic man is a two-dimensional petty entrepreneur and insatiable consumer. Common sense suggests that something is missing. Perhaps it’s his emphasis on placing value children’s education instead of one’s own career or the inclination to share with a neighbor. The economic man never strays far from center stage of profit-seeking and personal gain. He wins the national theater awards every year.

The illusion that everyone has a place in classic economic theories has some merit. We now acknowledge that women are often the main breadwinners and heads of household and that sustainable development policies are also a women’s issue. Similarly, our image of children has evolved as we begin to see them as child laborers or as the exploited work force behind the textile and electronics industries. These advances in our view of the typical active participant in development can only go so far. Our understanding remains skewed by the predominant assumption that women and children are only minor variations of the same old economic man. 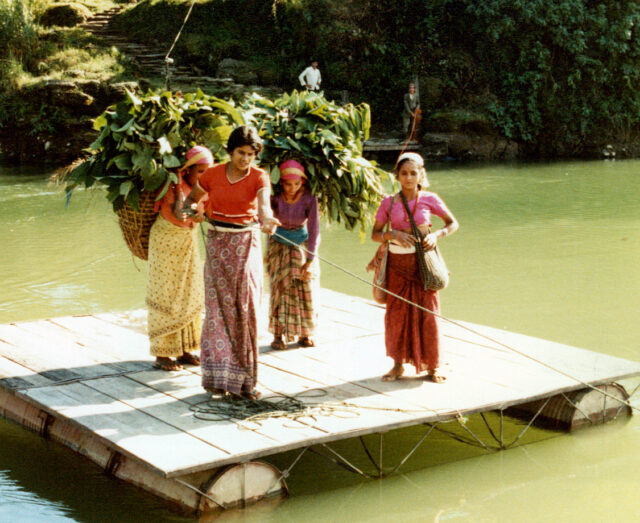 The absurdity of this fiction comes clear in a review of projects designed to improve women’s condition. Activist women’s groups have argued for some time that many women are powerless to respond to market incentives in the same way as men can. For example, in order to attract more young mothers to health centers, health fees may be lowered. Mothers may know that they should go to the health center for prenatal examinations, but they may not be allowed to travel alone in public. In societies where women are not considered social adults, they must ask permission to leave the house. Health decisions are made for them, often against their own interests.

To be like the economic man, women must also have the power to make decisions regarding their own incomes. The Beijing Platform for Action calls for governments to recognize that women’s decision-making power must start in the home. Married women may be active members of the work force, but if they are acting on a husband’s or a father’s order, they are not fully integrated participants in the economy. They run head-on into social costs that hurt a lot—literally—as husbands living in traditional, patriarchal societies may resort to violence if wives do not hand over their earnings.

Even if family members do not control women’s economic behavior, poor women may not have access to mass media and information networks that provide necessary economic know-hows, like the best market prices. Most women traders do not have critical information required to react to new economic opportunities. They even may be illiterate and unable to cope with banking procedures to access credit even when available. Let us also state the obvious. They have to understand credit schemes in order to take advantage of them.

The differences in economic behavior go deeper. There is increasing evidence that when they have the voice to speak up in household economic decisions, women are more likely to show more altruistic economic behavior than men. They may go without medicine for the sake of their children or elderly parents. Studies by the World Bank (https://www.worldbank.org/en/topic/gender) show that given the freedom to choose, women are more likely to spend money on goods and services that raise the family’s living standard. Men’s expenditures are much more likely to be on social life and luxury goods.

We would be gravely misled to focus entirely on market-oriented strategies without taking a second look at the social and cultural parameters of human behavior. Basic assumptions behind economic policies, particularly those that affect women, should come under gender scrutiny. The Beijing Platform for Action calls for women’s economic empowerment as a means to lift society in its entirety out of poverty. It can’t work to just let economic man dress in women’s clothes.