In the US and Canada, there have been numerous reports of frogs with too many legs and unusual eyes. Scientists suspected environmental toxins were the cause due to the frogs’ soft and permeable skin, which allows chemicals to pass into their bodies. The water-land creatures are like the singing canaries that miners once used to warn them of dangerous gases. If they are in trouble, people probably are too. 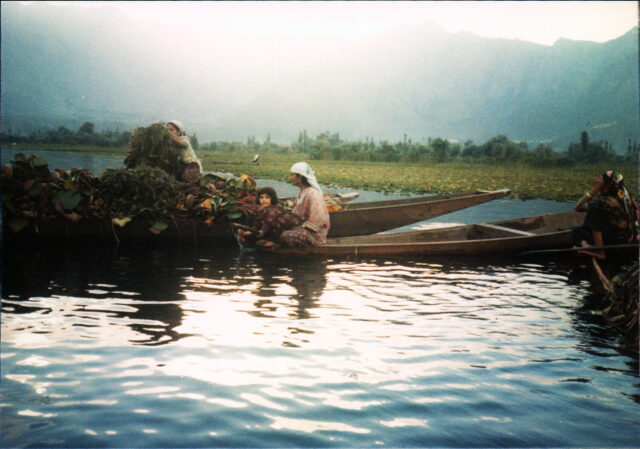 School children reported the unusual occurrence, no doubt from their routine inspection of the day’s catch at the local pond. In children’s social circles, frogs can be traded for comic books and other useful treasures. A side benefit for children is that playing with frogs is a live science lesson.

I know this firsthand. My early experiences playing with frogs initiated an interest in environmental science. The pond near my grade school was full of wiggling baby polliwogs. My brother and I used to run knee-deep in muddy water and scoop the polliwogs into small glass jars. I mistakenly fed them a steady diet of child-preferred foods like rice to accelerate their miraculous transformations into adults. I compared the live specimens daily with pictures of frogs and anxiously awaited the small protrusions from the sides that were supposed to turn into webbed appendages.

My polliwogs would become hermaphroditic monsters: half fish and half frog. They were helpless, but they failed to inspire a nurturing, motherly instinct. They instead appealed to my callous scientific curiosity, the kind that motivates kids to stick pins into worms to make them squirm. Occasionally, I would chase polliwogs around the jar with my index finger to feel them move. Polliwog skin has the cold sensation of plants, and I treated my captives more like weeds than amphibians.

After a few days, I changed their water. This led to my first lesson in polliwog survival. Never put polliwogs in your own drinking water. It could kill them. The first time I put tap water into the jars, the polliwogs became listless. Then, their skins became a whitish glaze, and eventually, the poor things floated on the surface. The science class at school helped ease my conscience with a verdict of death from unknown causes. I could go to the pond and try again.

As an adult, I have pondered one question: if our household water was bad for the polliwogs, what was it doing to our health? Even without scientific proof, the logical course of action should be clear. If household water is causing polliwogs to die, then we should stay away from it. Unfortunately, as reasonable as that logic may seem, doing something about pollution is too often delayed for lack of scientific evidence.

In an era of great public confidence in scientific testimony, anything less seems unworthy. Yet, we may be paying a high price for putting off decisions that should be made now.

Many cancers, including breast cancer, are still shrouded in medical mystery and likely to remain so for many years. This has frustrated many women’s health activists because governments won’t commit themselves to appropriate environmental policies until the final scientific word is in. To quote a friend of mine, “Just how much longer are we going to wait? Until a whole generation of cancer victims have died while under study?”

Another issue is the many problems in environmental science and health. The WHO’s 2007 report, Preventing Disease Through Health Environments noted that we don’t have proper epidemiological tools to predict the impact of pollutants on our health. Many emerging risks haven’t been adequately evaluated, like intensive agricultural practices, long-term chemical exposures on cancers, and electromagnetic exposures from new technologies. Hormone-mimicking pesticides, PCBs, and radiation often don’t show the full range of their damage to human health until several generations have passed. To be very accurate, scientific research would have to produce much better data on women’s lifestyles and their exposures to environmental hazards from birth to death–a feat that is almost impossible when research funds are limited.

Hard science is often slow to point us in the right direction. Vested interests in certain areas, such as tobacco, sometimes intentionally muddy the waters to cloud the truth. Shouldn’t we use common sense as well as scientific research in creating public health policies? If canaries stop singing and frogs are born with abnormalities, I’m all for playing it safe and using the precautionary principle.