American presidential campaigns are archetypes of modern-age politics. Orchestrated mostly at the top by professionals, campaigns invested millions of dollars on focus groups to craft messages, publicity, television appearances, and image makeovers. The complexities of political platforms are simplified and streamlined, then tailored to reach target audiences. The political economies of these campaigns are undeniably robust. Given the extraordinary resources at their command, you wonder how either party could ever lose. 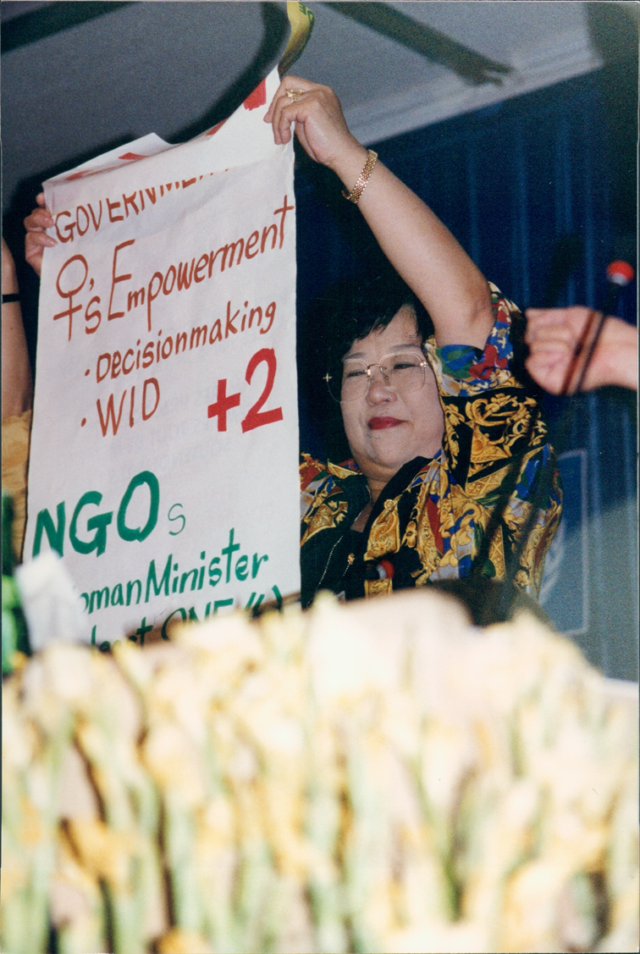 For leaders in the international women’s movement, this high-flying style seems far beyond reach. While women should always aim high, we should be thankful that not everyone believes that big budgets are the only way to win public support. Some activists have successfully gone mainstream, cutting into the mass-media power line and accessing big-time money. For the rest of us, candlelight vigils, testimonials, and white ribbons are as extravagant as we get. The surprising result is that these low-cost alternative strategies are both cheaper and often leave a more enduring impression.

One telling example is the 16 Days of Activism Against Gender Violence campaign, which ends on Human Rights Day on December 10. The campaign positively thrives on volunteers and limited resources. By its 20th anniversary in 2020, the campaign had grown into a global phenomenon. Years ago, under the leadership of Charlotte Bunch, founder of the Center for Women’s Global Leadership, a handful of women dreamed of global mobilization that would push governments into action to curb violence against women. Today, many governments have made the Campaign a national celebration. UN Women participates in the campaign, so some people even mistakenly think that it is an official UN-sponsored event.

The campaign has developed a novel political strategy based on unity with diversity. The Center sets the theme, such as ending gender-based violence in the world of work. However, everyone decides their own priorities within these themes. One year, American Feminists for Animal Rights planned workshops showing the connection between violence against women and violence against animals. The Spanish Men’s Group Against Male Violence held a meeting called “Towards a New Masculinity.” Women’s groups in Argentina organized a concert with singers protesting violence. Art projects in Ireland displayed 200 tiles with women’s names written on them. White ribbon events were planned in Cambodia, Australia, India, Spain, and England.

These events all took place without a central office orchestrating messages and planning strategies. The key has been to unite all events on a single calendar, giving all those who participate the exhilarating sense of a global, collective effort. The Center invites all participants to send their plans for the campaign. Daily calendars are posted on a website, and groups can share contact points and information. The entire campaign has an amazingly coherent impact.

There is another important impact of such campaigns. Rather than leaving the public feeling like they had been sold political products and targeted for even more, the campaign empowers those who participate. It provides a collective space for feminist and women’s groups that might otherwise feel alone in their efforts to take up sensitive issues, like violence against women. Of course, partisan millionaire donors are not likely to finance this campaign. However, women can achieve personal as well as political victories by changing their own course and by going their own way.