In the late 1970s, the Yatenga plateau in Burkina Faso was afflicted with droughts. When the rains finally came, water quickly disappeared underground and out of reach. The Mossi people longed for their ancestral times when rich trade kingdoms flourished and proud warriors were celebrated in songs. However, due to prolonged agricultural crises, many Mossi villagers became environmental refugees who were surrendering their homes to drought. 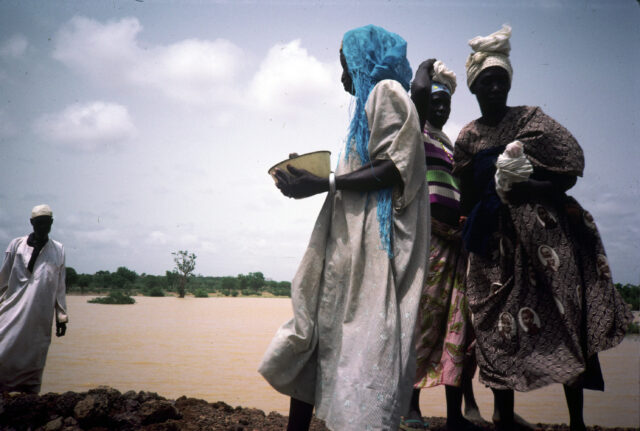 A grassroots organization called the Naam groups took matters into their own hands. Community organizers worked with youths, women, and men to create a network of community development councils until there was a Naam Federation extending over the entire region.

The Naam groups held meetings where everyone was supposed to join in the effort to save their communities. After many discussions, some women saw little progress and became exasperated because.

“The men were just complaining,” one woman told me. “They said there is nothing to eat. They talked about the dying cattle, deforestation, and how the young men were leaving. But no one had solutions.”

As the story goes, Minata from Somiaga rose from her seat. In the midst of the passionate speeches, she said in a calm voice, “What you say is fine, but it is useless to talk about livestock and food when there is no water. The first problem is that we have no water. We women are going to find out how to get it.”

When she sat down, everyone looked at each other. There was a long silence. They were amazed at how simple the solution really was. Minata’s legend began from that time. She helped to organize the Naam women’s groups, which took the lead in solving the water problem. The women said that they would build huge traditional dams made of mud and rocks in order to catch rainwater. Then, they would plant trees around the dams, feed the cattle, and dig gardens. This project would take days of carrying earth in baskets on their heads and moving boulders.

When the men hesitated to cooperate, the women threatened to leave their homes and return to their parents’ villages. This threat got the men’s attention, and they pitched in to help. Donors provided technical help and vehicles. Naam groups that built these initial “mother dams” helped other villages build “daughter dams” until they covered the entire plateau.

The story of the Mossi women’s dams illustrates the potential of what can be done when women have a say in environmental management. Yet, few national programs have learned this lesson. Some governments have focused attention on women’s roles in safe drinking water and domestic water supply, but they often overlook women in other considerable issues like urban and rural infrastructure and climate change treaties.

Women’s empowerment has been highlighted in consultations on the Sustainable Development Goals (SDGs) and the Post-2015 Development Agenda that will replace the Millennium Development Goals (MDGs) when they expire. UN Women and the World Bank reports advocate that gender equality should not be a side issue to environment planning. Instead, these UN bodies see it as the most strategic fix that governments can make to accelerate progress on food security, energy, sustainable cities and human settlements, land degradation, and drought.

From the micro-ecology of the home to the global ecological system, women’s participation in environment management and sustainable development is essential. Women’s groups should be the leaders to focus the world’s attention on the right priorities. Sometimes, this has happened at large UN conferences. On other occasions, it has taken place at small community meetings led by a lone woman’s voice.