Millions of families spend a lifetime trying to get it. Many people feud bitterly when they do. For many older people, they would rather die than let an outsider buy it. No, we’re not talking about family jewels here but something more important: land. Fertile or meager, rocky or rich—just land. 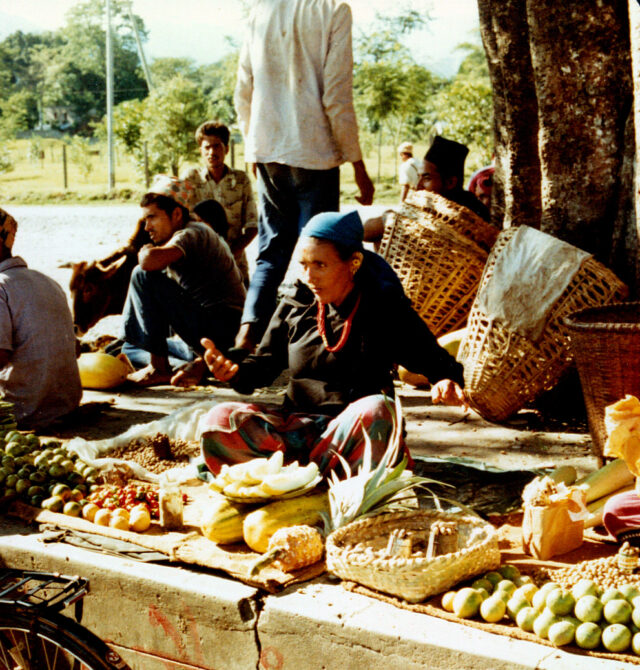 For most of the world’s small farmers, land is like a healthy savings account. It assures social and economic security, provides access to get credit, and can be sold in hard times as a last resort. In many rural cultures, land ownership is also a matter of respect and dignity. It can affirm a family’s sense of belonging in the community and bind two generations together in a time-honored transaction. If you give your land to the eldest son, he can care for you in your old age. UN Women reports that when women own land, they are less likely to experience violence at home and have more voice in how to spend family income (Realizing Women’s Rights to Land, UN Women, 2013).

So, what happens to landless women? The noted feminist economist Bina Agawal reports that there are many cases in India and Bangladesh where widows and divorcees end up working as agricultural laborers on the farms of their well-off brothers or brothers-in-law. Even the women who run their husband’s farms while their husbands work elsewhere have few rights, if any. They are unable to improve production, get credit, or adopt new technologies—all because they do not control the land they cultivate.

In Africa, women produce 70 percent of the continent’s foodstuffs. Yet, women own less than two percent of the world’s land. In countries like Brazil and Kenya, landholdings for women are smaller in size and value than those of men. Ironically, the so-called feminization of poverty has become more lopsided as women’s responsibility for food production is increasing.

That’s only part of the bad news. When prices for water supplies go up, or structural adjustment leads to cuts in health services, poor rural women suffer the most. As their scarce resources are already spread thin, the whole family’s living standard are also lowered. Spending on food, health, and basic needs is more likely to come from women’s earnings. Unfortunately, men in similar situations are more likely to spend extra money on their personal needs, such as tobacco and liquor.

Land remains key to women’s success. When women control land, they reap social and economic benefits. Indian women in the Bodhgaya region reported that there were more family crises involving drunkenness and wife-beating in communities where only men had the titles during land reform. Where women received titles, the relationship between men and women improved. As the women put it, “We had tongues, but could not speak. We had feet, but could not walk. Now that we have land, we have the strength to speak and walk.”

Delegates from 181 countries at the 1995 UN Fourth World Conference on Women in Beijing pledged to work toward giving rural women the power to speak and walk. The Beijing Platform for Action endorses the idea that all women have the equal right to inheritance an important symbolic step. However, that is only a start. Land is the first bank account that rural women need.