At the UN, the governments of Iceland and Suriname sponsored a “barbershop” conference for male ambassadors, so they could “let down their hair” and talk confidentially about male behavior and gender identities. Greta Gunnarsdottir, Iceland’s former ambassador to the UN, thought of this unconventional event because she wanted to see what role men could play in combatting violence against women and gender discrimination. I overheard one ambassador say, “The majority of men don’t beat their wives, so we need to start by talking with other men about why this is happening.” This speaks to the problem I’ve always had with women’s fight to end violence against women. We are not the source of the problem, so why do we think it is our sole responsibility to fix it? 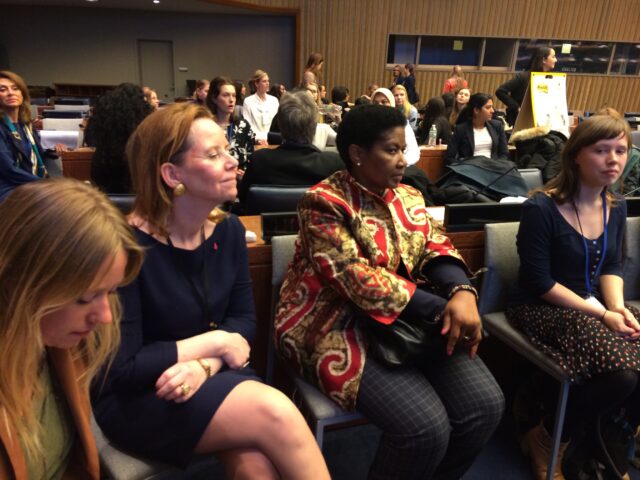 Good politicians have learned that women leaders do not like men to speak for them. However, there is a lot that men can do to speak up. Spokesmen in the male-dominated arenas of politics, economics, and cultural and social life can and should take a more active role in reforming men’s attitudes about girls and women. Groups like Man Up and the White Ribbon Campaign are setting excellent examples of how men can validate and support the women’s movement by taking the lead in reforming themselves.

Men can also contribute to gender equality by re-examining their roles as husbands, fathers, and sons. In the biographies of many outstanding women leaders, including my revolutionary aunt, there is an approving and encouraging father, uncle, grandfather, or teacher. When it comes to decisions on inheritance, marriage, or education, a father’s strong stand on equal financial help for girls in the family can turn the tide of a family quarrel.

It should go without saying that all men should loudly condemn both the practice and practitioners of spousal or child abuse. Sons and brothers can be particularly effective allies of girls in their families. Men should be encouraged to join in the UN’s battle against domestic violence through awareness training and human rights education for boys. And this should start at the highest levels of the UN and in governments because men’s leadership for gender justice matters.

The next generation is changing. More young men are sympathetic to–and even calling themselves–feminists. Young men and non-binary people who become involved in the women’s movement are markedly more courageous than men of the older generation. Some are enjoying the new experience. One young Arab man volunteered to photocopy documents for me during a meeting of women’s organizations in Amman, Jordan. When I asked him how he came to help at a women’s meeting, he laughed and said, “Look, when I told my friends I was going to help at a meeting with 1,200 women, they all asked where they could sign up.”

These men would be interested in the definition of gender. Gender is the social relations between men and women and patterns of behavior which are cultural, not biological. If unequal treatment for women is learned behavior, it can also change. This gender concept can work to men’s advantage as well. Some women are coming around to the idea that men are not destined to be male chauvinist pigs by nature. Now, isn’t that a reason to take heart?