Gender justice needs it champions, and lawyers like Alda Facio are among the best. At any moment, she could cast a broad smile that is so appealing, it could win a case, even in the absence of a legal argument. Costa Rican judge, Alda Facio, once presided over the troubles of a broken civil society. Laborers with grievances and women seeking alimony stood before her, awaiting her calm and decisive judgment. She could have climbed the hierarchy to become a privileged member of the legal elite. Instead, she jumped down off the bench to stand with the women’s movement. She wanted her political perspectives to be in touch with reality from the bottom up. 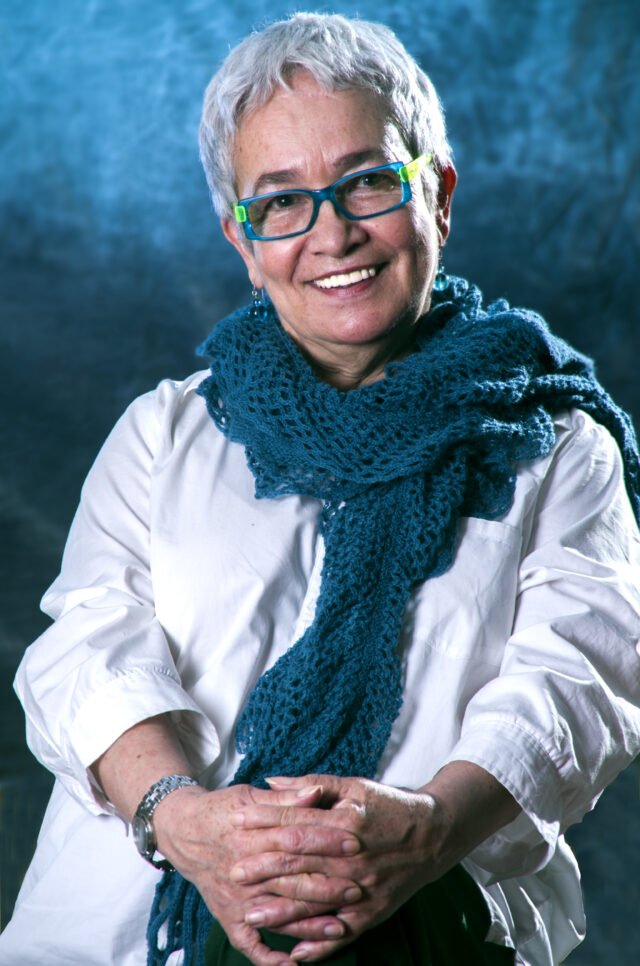 In the 1990s, she had a dual role. As director of the Women, Gender and Justice Program at the Latin American UN Institute for Crime Prevention, she oversaw research and training activities. Her program designed a methodology to help women lawyers and judges interpret the UN Convention on the Elimination of All Forms of Discrimination against Women.

Then, her work became more directly political. Throughout the final treaty conference on the International Criminal Court (ICC), she coordinated the lobbying efforts of the Women’s Caucus for Gender Justice in the ICC. Like a police officer on an emergency call, Facio responded to the situation at hand. She helped bring together consensus while adhering to a principle of wide consultation among the hundreds of women’s groups represented.

There were many points on the caucus’s agenda that Facio held dear. The protection of witnesses and victims and ensuring gender awareness among judges and officers appointed to ICC positions were two of her most important points. She also hoped that a political precedent was being established.

“It is a historic moment,” Facio said. “For the first time in the history of the UN, women’s groups were helping to shape an international institution of great magnitude from its beginnings.” A major accomplishment of the Caucus was the addition of rape as a war crime in the draft ICC document.

Facio’s evolution as a feminist activist was rooted in the history of her native Costa Rica. Her childhood home was abuzz with late-night meetings of the Democratic Socialist Party that her father helped to establish. The family conversations revolved around the future of an entire nation and how to create a nonviolent democracy.

Then came a rude awakening. As a college student in the 1960s in Montgomery, Alabama, she learned how it felt to come from the opposite side of the tracks. She was the only Latin American citizen on campus. On her first day at school, the dean of the college told her that they had a problem; her passport said that she was Caucasian, and she was not. According to the school administration, being Latin American meant that she was colored. Taken aback by this novel experience with racial discrimination, Facio readily agreed to be recorded as a black student. The consequences were serious.

“The dean told the whole school I wasn’t white, so I had to eat by myself,” she said. Then, an African-American male student was admitted. The administrators got more confused and told her that she could not eat with him because she looked white. The two disregarded the rules, and then Ku Klux Klan members took matters into their own hands. They beat the young man up, broke his teeth, and landed him in the hospital. Facio’s father, then-ambassador from Costa Rica to the United States, came to the rescue, and she resumed a normal student life in Rhode Island.

She told me that she never forgot how it felt to be a victim of racism. Her legal studies gave her the tools to analyze and speak on behalf of the oppressed. Putting a difficult marriage behind her, she discovered her feminist consciousness and began to reshape law through women’s eyes. She founded one of Latin America’s first feminist magazines, Ventana (Window), and helped establish CIMA, a network of international non-governmental organizations working on human rights issues. She then designed programs to investigate the conditions of women in prisons and psychiatric hospitals and to train judges and police. Facio is an international defender for the rights of thousands of women she will never meet.