In 2005, former comfort woman Jang Jeom Dol spoke at the Korea Society in New York, where she recalled her own experiences as a victim of the Japanese Imperial Army’s sexual enslavement. Jang told us about how she was taken from her family when she was just 14 years old and told she was going to work in a factory. When she ended up at an official brothel in Manchuria, she attempted suicide and tried to escape. She was caught and beaten so severely that the left side of her face was permanently paralyzed. After a year and a half, she was transported to another station in Singapore. Several pregnancies ended in miscarriages during her time in the captivity. In 1945, after Japan’s surrender, her captors left her and her fellow comfort women destitute and marooned thousands of miles from home. Relying on the kindness of strangers, Jang eventually returned to her village in Korea only to learn that her family had been scattered by the war. 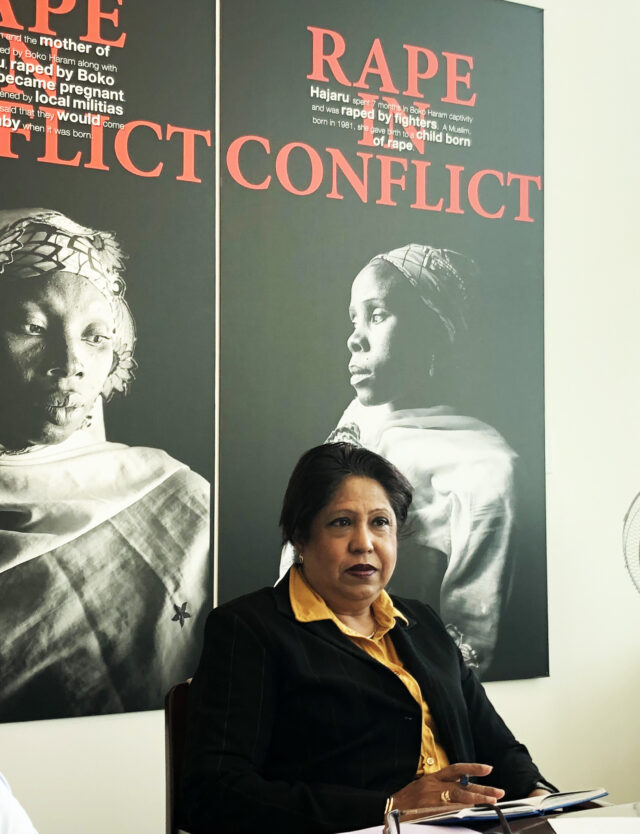 Her story was a tangible example of the war crimes of sexual slavery during World War II. During the war in Asia, an estimated 200 thousand girls and young women–some as young as 12 years old–were abducted or coerced to become sex slaves for the Japanese army. According to one account, Korean girls were repeatedly raped, tortured, and subjected to sexual servicing for up to 100 soldiers a day. Many had multiple pregnancies, forced abortions, or were given sterilization injections. Japanese records reveal that victims were transported to comfort stations in countries throughout the Asia and Pacific region. Sex slaves were killed at the end of the war as the soldiers retreated. Those who survived lived with physical and mental disabilities for the rest of their lives.

The demonstrations and public hearings at national and international venues by former comfort women was one of the most important turning points in Korea’s social history. In my eyes, this campaign symbolized the blossoming of the modern Korean women’s movement and part of a global effort to handle rape and sexual slavery as war crimes. Sexual violence was put on national and international policy agendas as the international women’s movement rallied to the cause. Korean politicians took notice of women’s human rights abuses as a matter of national urgency.

Sexual violence in conflict zones of Africa and other regions have become the subject of increasing reports. Thousands of tragic women’s stories, past and present, could not be ignored. Political action was finally taken when the UN adopted Security Council resolution 1325, recognizing rape as a war crime. If anyone accuses the UN of being irrelevant, its actions on this issue stand out in its favor. With the UN’s support, national actions take on global significance that can help bring perpetrators to justice and give victims a pathway to justice.