The gender count of participants at UN conferences has been a sore point for decades. Mildred Persinger, former president of the International Women’s Tribune Center, remembered the Bucharest population summit in 1974 as an event that changed her life. 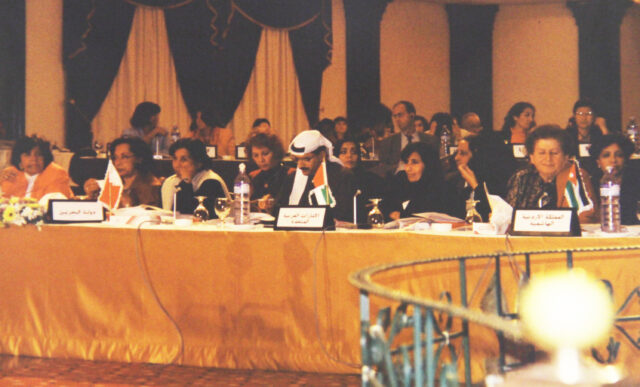 “All of the men were deciding what women should do about contraception, abortion, and family planning,” she said. The next year, he was equally upset that most heads of delegations at the 1975 World Conference on Women, including the president of the conference, were men. Ever since, she had been vigilant about asking UN organizers where the women were.

According to a UN Women report decades later, the same question was still being asked. By 2018, the number of women in executive government positions had stagnated. The private sector—usually the hub of innovative governance—also falls short. Among multinational corporations and bank boards of governors, there are only a few women CEOs and chairs.

Recently at the UN Commission on the Status of Women meetings, women were asking a different question: Where are the men? Over the years, women have been so effective in raising political awareness about equal representation that the majority of the 4,000 delegates annually were women. Yet something was amiss. Some women wondered if any men had even heard about the women’s conferences. With four major summits behind them, it was beginning to look like women were preaching to the converted. It was time to make more men take responsibility for women’s rights. After all, references to men’s responsibilities for promoting gender equality have started to appear in more and more final documents.

These women were right on track, but the solution is not so simple. The gender imbalance in UN conferences reflects much deeper problems at home. At the ministerial level, Sweden is the one of the few countries that has had as many female as male ministers. Few countries have appointed men as gender ministers, recognizing that men’s leadership roles are critical to achieve gender equality. The issue of women’s empowerment remains largely absent from the agenda of most meetings in the public and private sectors.

A breakthrough of governments occurred during the UN Climate Change negotiations. With the help of Mary Robinson, former President of Ireland, women’s organizations lobbied governments to pass the first gender-balance resolution in a UN treaty. These organizations included the Women’s Environment and Development Organization (WEDO). The agreement called for annual reports on the numbers of women and men serving on government negotiations teams. In 2017, a gender plan was also sketched out to help ensure that gender equality and women’s empowerment in climate change moved higher on the list of political priorities. If words turn into action, the gender balance sheet of the UN meetings should look better in the future. We must keep on counting until the answers no longer matter.