(Based on an article authored by Charlotte Bunch and Soon-Young Yoon titled “Women–The Long, Long Journey” that was published in The Earth Times)

Every year, women around the world celebrate 16 Days of Activism Against Gender Violence starting on November 25, International Day Against Violence Against Women, and lasting through December 10, International Human Rights Day. Like musicians improvising in a global concert, women trumpet their issues and create a resonant noise. The political rhythms vary, but the themes are loud and clear. Women’s rights are human rights. Violence against women in all its forms must end. 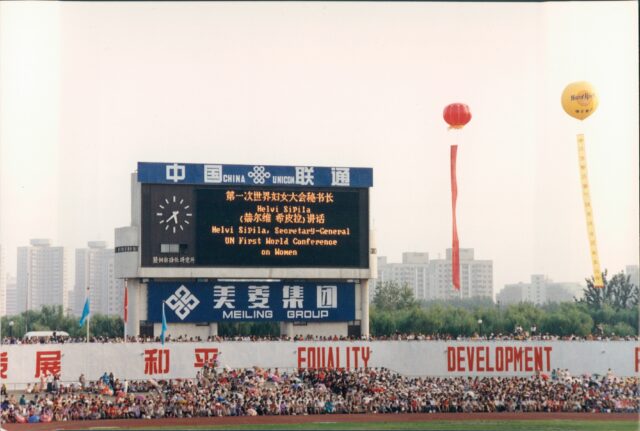 Why are these campaigns so important? For centuries, violence has been–and for many women still is–a constant threat. Indian Sati, or the burning of widows on funeral pyres, sacrificed women for the sake of family pride, and no one called it a crime. British common law declared it legal to beat your wife as long as you did so with a stick “no thicker than your thumb.” The rape of women and girls was considered a soldier’s just prize, a side issue to the tragedies of war. Such abuses were kept hidden and trivialized. Violence was a personal shame that most women hid. It was not understood as a human rights violation worthy of international attention by the United Nations.

Many of these abuses still occur. Customs and law sanction honor killings of women. Religious leaders condone the infibulation of girls as a justifiable mean to give men pleasure. The UN and governments are starting to redress these abuses thanks to Security Council resolution 1325 and actions of the Committee on the Elimination of All Forms of Discrimination against Women (CEDAW). Additional advances were made when CEDAW issued a new General Recommendations that requires governments to report on women in conflict and post-conflict situations as well as the women’s access to justice. The Beijing Platform for Action, adopted in 1995, outlines recommendations to ensure human rights literacy for women to know their human rights and also spelled out policy actions on violence against women and situations of armed conflict.

The credit for the UN’s actions goes to the women’s movement. In the last half century, activism reached a critical mass that was reflected in the UN’s decision to call for an International Women’s Year in 1975 followed by a UN Decade for Women and four UN world conferences on women. The UN world conferences of the 1990s served as global town meetings where women exchanged ideas across the boundaries of culture and nationality and brought their experiences to bear on the global agendas of those events. For many women, these meetings also provided the first opportunities to meet together internationally.

Women organized events and hearings to expose violations of their rights and formed caucuses regionally and internationally. They also prepared documents that introduced women’s human rights perspectives to the agendas of many UN conferences, including the Earth Summit in Rio de Janeiro, the World Conference on Human Rights in Vienna, the International Conference on Population and Development in Cairo, the Social Summit in Copenhagen, the Habitat Conference in Istanbul, and the Fourth World Women’s Conference in Beijing. Women have since rallied to hold governments accountable at follow-up UN events, such as Beijing Plus 20 in New York in 2020. These events and caucuses have moved women’s concerns beyond the women’s conferences and provided a powerful voice for women on many global issues, such as the Small Arms Treaty and international crime.

Women around the world broke the silence with their actions. They have found a common language of liberation and helped the UN and governments look at the world through women’s eyes. Women’s groups have shown that a nonviolent social movement for change can be revolutionary and that there are peaceful means to ending violence. They have also established that the world vision for peace cannot be achieved as long as there is a reign of terror against women and girls. 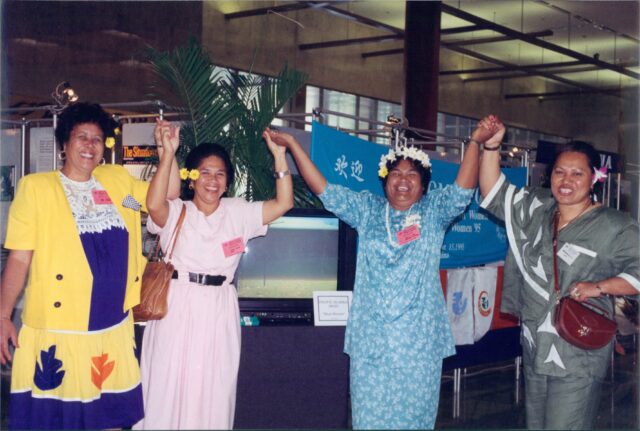