I met Mun Ok-Sun on my first trip to Jeju Island. We could hardly communicate because she spoke the Jeju dialect, and I was—as she put it— “deaf and dumb” as far as Korean was concerned. Standing a little shorter than me, we literally saw eye to eye on how important it was to help poor rural women. 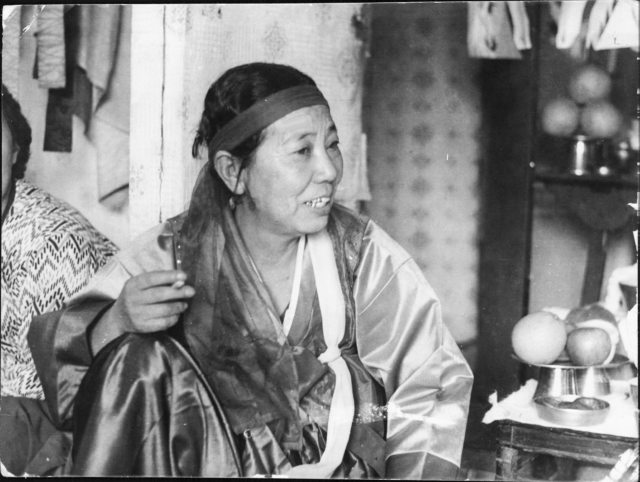 She was a former diver who became “possessed” by a spirit after her husband was killed by Japanese soldiers during the colonial occupation. She had been active in the anti-colonial movement, but she had a hard life when peace was restored. Over the years, her reputation grew so that in her 1960s, she became one of the grandest shamans. Jeju shamans are organized into a hierarchy with fortune-tellers at the bottom and “kun shimbang” shamans at the top. She was one of the latter. Mun adopted me as her spiritual daughter and invited me to follow her team of four shamans from one ceremony (called a “kut”) ­to another. Sometimes, my job was to play the cymbals.

She conducted many ceremonies to treat ailments that involved psychosomatic symptoms. One of the most memorable was a healing ceremony for a woman who couldn’t speak. A young daughter-in-law was brought in with an affliction that was clearly mental as well as physical. because she would moan, “aiiiigu” to express her pain. Nothing was wrong with her lungs or throat. Yet, try as they might, her in-laws and husband could not get her to voice even the simplest complaint in words. For all practical purposes, she was essentially mute. The onset of her problem coincided with a fight she had with her mother-in-law, who was now distressed and feeling guilty about having caused such trauma.

For the cure, Mun summoned all of the ancestors to the family’s home from both the wife and husband’s side. For nearly three days, food, drink, dancing, and ceremonies were presented to the ancient spirits to please them and bring them down to earth. Exorcisms were performed in gentle strokes of rice paper on the patient’s back, and the clang-clang of the brass cymbals helped attract the attention of neighbors and family to her plight. Then, on the last day, the shaman coaxed the exhausted patient to respond in words to her spirits’ call. The work of the ancestors had been completed. More care and attention to a poor daughter-in-law also helped.

In another case involving a tuberculosis patient, I watched Mun use a different approach. A man had stopped taking his medicine and now too weak to work, had begun drinking. Neither doctors nor his wife could convince him to give up alcohol or resume taking his medications. He wanted to escape it all, and the shamans had to find a way to bring him back to reality. In one segment of the ceremony, Mun suddenly shook and began to speak in the voice of the TB patient’s dead father. Speaking through her, the ghost spoke of how the man’s sisters had died because they didn’t receive as much food or clothing as the boys. The girls’ spirits were now hungry and unhappy.

According to Mun, that was one reason for the man’s illness. Then, she turned into the patient’s mother, who spoke about how she suffered after her husband’s death. There was ritual weeping and wailing. I sped up the rhythm of my clanging to keep up with the drum. The moment was tense. Finally, Mun jumped up and down quicklyat a quicker pace. Dropping down on her hands and knees, she bowed to the altars where offerings had been placed. She prayed, “The sisters’ faces are rotten, and their bones buried. Take this offering and be pleased.” Several months later, I learned that he was on the road to recovery.

I continued to follow this shaman and observed her extraordinary powers of intuition. Each patient’s spiritual diagnosis was different. In each case, she reviewed the tragedies of their lives along with their entire medical histories. She often sent them back to the doctors to take their medicine and encouraged them to go to the hospital. Her most important contribution to the lives of these poor people was quite simple. She did what no doctor or health service could do: She restored the patients’ will to live. With no way to improve their economic lives, she empowered them with ancestral spirits, created public support for their illness, and made a family’s responsibility compliant with the doctor’s orders. All that was possible because she practiced her traditional healing arts in the homes and communities where the patients lived. She was one of them and understood their inner psychic, social, and economic burdens. 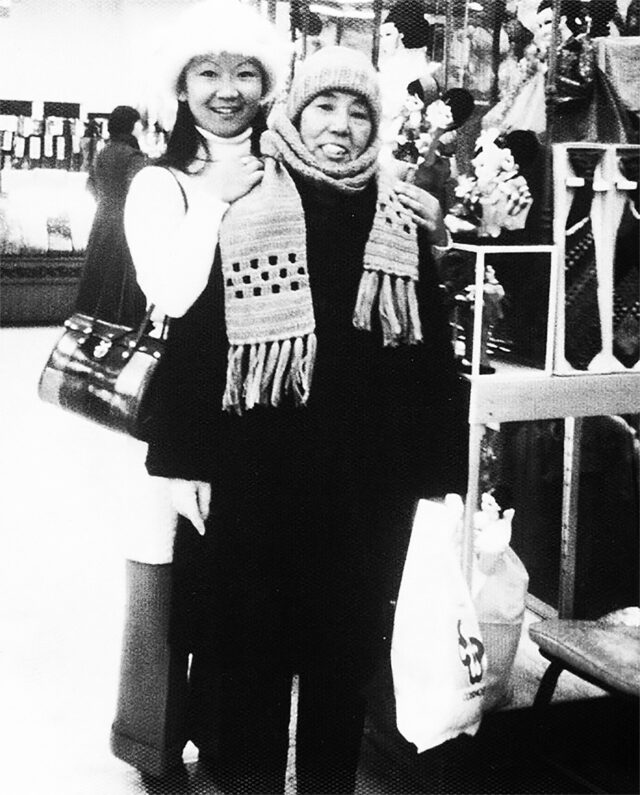 Like all religions, shamanism is a religion of affliction. Illness and spirituality have been inseparable throughout history from biblical healings of the blind to the Christian scientists and faith healers of modern times. However, it is peculiar to find the practice of shamanist religions side-by-side with modern medicine in developing nations. Such was the case on Jeju Island in the 1970s, and I was lucky to be its witness.

I never learned as much about healing as I did from this shaman. She was a warm and loving person who would serve anyone whether or not that person had the money to pay fees. There was a large spirit tree dedicated to the “agassi” (female) spirit in the middle of Jeju City. Her home was at that site because she felt close to the gods there. She was one of the last great traditional healers who only HAD disdain for the way in which Korean shamanism has become a tourist spectacle. She understood shamanism’s principles as a religion with no temple, no bible, and no fixed priesthood. Today, its future is uncertain because without the great practitioners like Mun, it may retreat into the dark alleys of fortunetellers. Hidden from view, or gone forever, its songs and rituals may survive only as children’s fairy tales.