On December 10, 1997, Ana Parejo Vivar went on Spanish television to reveal how her husband had abused her. Then, much to his surprise, she announced that she was seeking a divorce. Ten days later, her husband doused her with gasoline and set her on fire. Death was a high price to pay for speaking out, but she would not hide in terror. That year, 17 thousand cases of domestic violence were recorded, and only five percent of women went to the police. By 2010, Spanish courts had passed 145 thousand sentences against male aggressors (The New York Times, February 23, 2011). More women are seeking and getting justice–and that is a healthy trend. 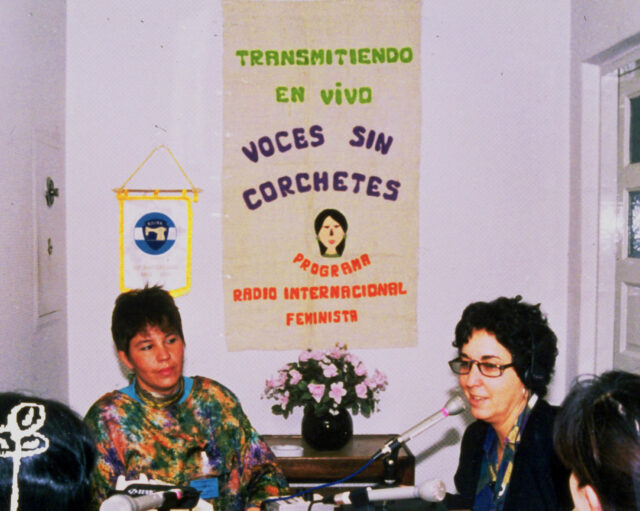 Courageous women around the world have declared that gender violence should not be a guarded secret, and they look increasingly to the media to help them expose its malignancy. Fortunately, there are signs that mass media is paying attention. Many television producers now regard the rape of women refugees in Eastern Europe and Africa as legitimate war stories equal in importance to the siege of a city. Newspaper editors have listed domestic violence stories in their crimes section, a step up from the traditional attitude that these stories were not newsworthy. Moved by tragic accounts, well-meaning journalists even portray the sordid details of fatal beatings. We are horrified by the assaults. We grit our teeth and swear we will do something to help.

However, does reporting about gender violence inspire action? I suspect keeping the public eye on the problem raises awareness, but also merely tantalizes our sympathy. Just the facts may not be enough to stir the average citizen out of complacency. Reports of gender violence buttress the false notion that men’s nature is naturally savage, brutish, and nearly uncontrollable. The public can even develop a depressing attitude of indifference because there is little in the news that shows a way out of these situations.

The remedy is that we need more good news. By good, I don’t mean sugarcoated tales that ignore what’s wrong. There has to be more nuanced reporting between tales of misery and upbeat stories about women’s leadership, activities, and progress. The truth is that women aren’t just victims. They have mobilized for years to fight gender violence and are making important gains. The stories that need more coverage are the ones that show how the UN, governments, judges, police, and doctors are making a difference in partnership with local men and women’s groups. That kind of news encourages citizens to take action.

Alas, many of the wonderful news groups like FIRE and the International Women’s Tribune Center have been lost, and more effort must be placed on funding feminist media. Women’s media like the Women’s UN Report Network (WRUN) is an online resource for feminist news. There is a lot of buzz these days about the international campaign known as the 16 Days of Activism Against Gender Violence. This global event has become so popular that many governments have become official sponsors.

Men are also getting more involved in combating gender violence. Canadian men are showing their commitment by wearing white ribbons, signing petitions, and making donations to support women’s shelters. Breakthrough, an award-winning grass-roots campaign, reaches millions of men and boys who ring the bell to end violence against women and girls. The media need to pay more attention to these kinds of events because the bad news about gender violence is only half of the whole truth. The rest is about hope.