Two young Polish women, Justyna and Paulina, stepped up to the podium at the Church Center in New York City to share their story. Their testimony stunned the audience gathered at the Global Tribunal to Celebrate and Demand Women’s Human Rights. When they were only 16 years old, two men promised them their first model shoot. Instead of giving them jobs, the men drugged and abducted them to Germany and forced them into prostitution. Once freed, Justyna and Paulina eventually became university students and took their case to court, but had to face a long, slow journey to heal their psychological wounds. It was a courageous struggle that no teenager should have to face. 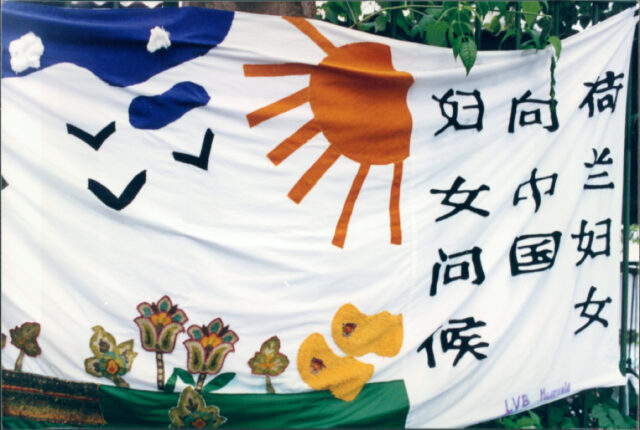 After they told their story, there was a hush in the dark room. A chapel was the perfect place for their testimonials; confessions and absolution are a part of its tradition. More testimonies came from women around the world, from Afghanistan to Zimbabwe to Costa Rica to South Africa. : Zarghuna Waziri (a teacher from Afghanistan), Alda Facio (from the Women’s Caucus for Gender Justice in the International Criminal Court), Lydia Zigomo Nyatsanza (Zimbabwe), Maria Gerardina Lopez ( Costa Rica), and Palesa Beverly Ditsie (South Africa). Each of their stories broke a silence about a victim’s past. Before this sympathetic and often tearful audience, they could share their tragedies and turn our attention to the need to speak out.

I have always been moved by a singular feature of these women’s testimonials. They did not cry out for vengeance. Their stories had the voice of compassion, a plea for justice based on legal measures. They called for non-violent solutions: protests and legal action. I asked myself how could these women be so magnanimous after what they have experienced. It was as if they felt that revenge would be a waste of time. The need to rescue others was a much more urgent matter.

After the women spoke, the group marched outside for a candlelight vigil. We observed a minute of silence in remembrance of women who have died from gender violence. Then, the solemn mood changed to celebration as we cheered for the achievements of women who have helped light the way for human rights.