Any mother will tell you that when a child stops eating or has severe diarrhea, it is time to take precautionary measures. We can never be sure if the symptoms are signaling an onset of a cold, the flu, or possibly more serious diseases like malaria. However, the rules of common sense apply. Most parents use generic methods to ease the symptoms long before doctors intervene. We are survivors by nature, and as a rule, we don’t like to take chances when it comes to our family’s health. 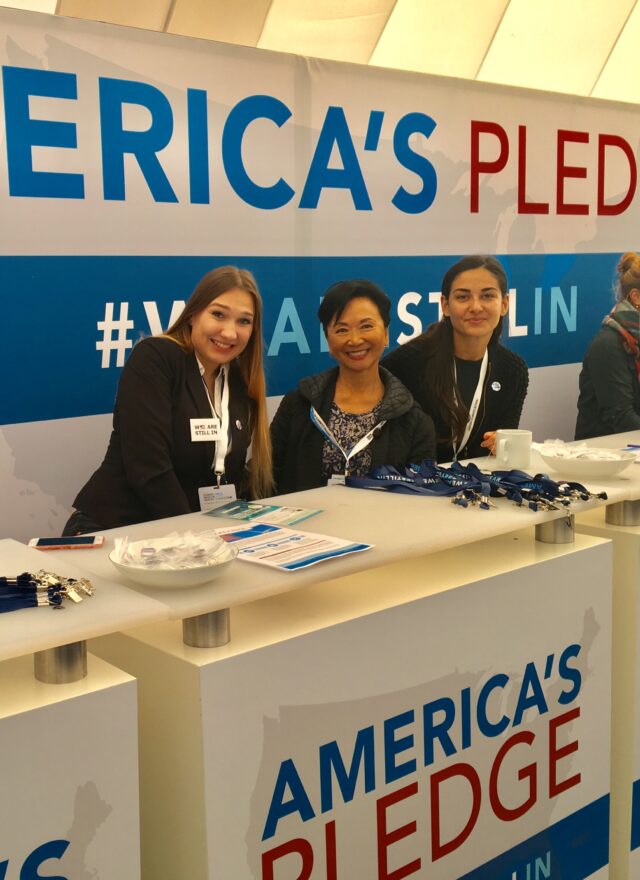 The same survival techniques should apply to climate change. Rather than draw upon principles of international law that require a direct causal link between the activity and damage shown, we need to apply precautionary principles more boldly. We are all aware that the long-term effects of global warming on our health, food supplies and human settlements may not be evident to the average citizen until it is too late, but the scientific evidence is clear that human activity contributes to global warming. There are side effects we may not anticipate that could imperil our ability to survive as a human species. We would need the strength of the Hindu goddess, Durga, with her many fingers on thousands of hot spots worldwide and over millions of years to undo the damage being done today.

At various international gatherings such as the UN meetings on climate change, women leaders have called for action on global warming. Also, the Beijing Platform for Action (BPfA), a blueprint for gender equality, states, “The continuing environmental degradation that affects all human lives has often a more direct impact on women. Women’s health and their livelihood are threatened by pollution and toxic wastes, large-scale deforestation, desertification, drought and depletion of the soil and of coastal and marine resources, with a rising incidence of environmentally related health problems and even death reported among women and girls. Those most affected are rural and indigenous women, whose livelihood and daily subsistence depends directly on sustainable ecosystems.”

The global consensus on solutions still stands true. Governments agreed in the BPfA to the incorporation of a global perspective in the design, approval, and execution of projects funded under the Global Environment Facility. Governments should also establish strategies and mechanisms to make sure more women become active decision-makers, environment professionals and scientist, especially those at the grassroots level. This isn’t just about modern science. The Platform also advocates that governments integrate rural women’s traditional knowledge and practices of sustainable resource use and management.

The era of timid, cautious steps has passed. The earth’s temperature is already rising near the tipping point. Now is the moment for bold, preventive action. Time is running out.